skip to main | skip to sidebar

One the best Spanish climbers of all times whose professional career spanned from 1963 to 1968. His greatest achievement was winning the King of the Mountains prize at the TdF three years in a row - 1965, 1966 and 1967. He also won the same title in the Vuelta España in three occasions. Despite his exploits at alpine stages, and leading the Giro d'Italia 1967 for nearly eleven days, he never managed to win any major Tour - he was close to win the Vuelta España 1964 but he lost to Frenchman Raymond Poulidor due to a poor performance at the crono-stage. He retired from professional racing in 1969. 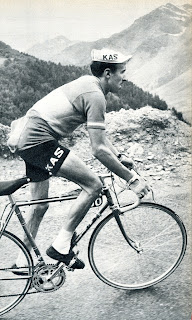 Some pictures of his classic climbing style in the Pyrenees stages of the TdF of 1965 and 1967. 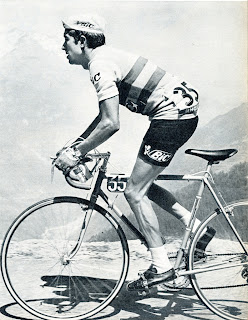 As usual click image if you want to see an enlarged version.

If it isn't fixed, it's broken 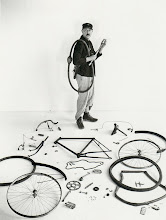 About Me and this Blog

Publicola
This blog about bikes isn't born with high expectations: it is just a place where I can write few comments about things that have caught my attention, share some of the knowledge I have acquired over the years, and post interesting links to other sites I have stumbled upon when surfing the net in search of any bike related information.